An augmented reality experience that enables users to explore and discover the exciting new features of the Electrolux Group's Steam Oven range. 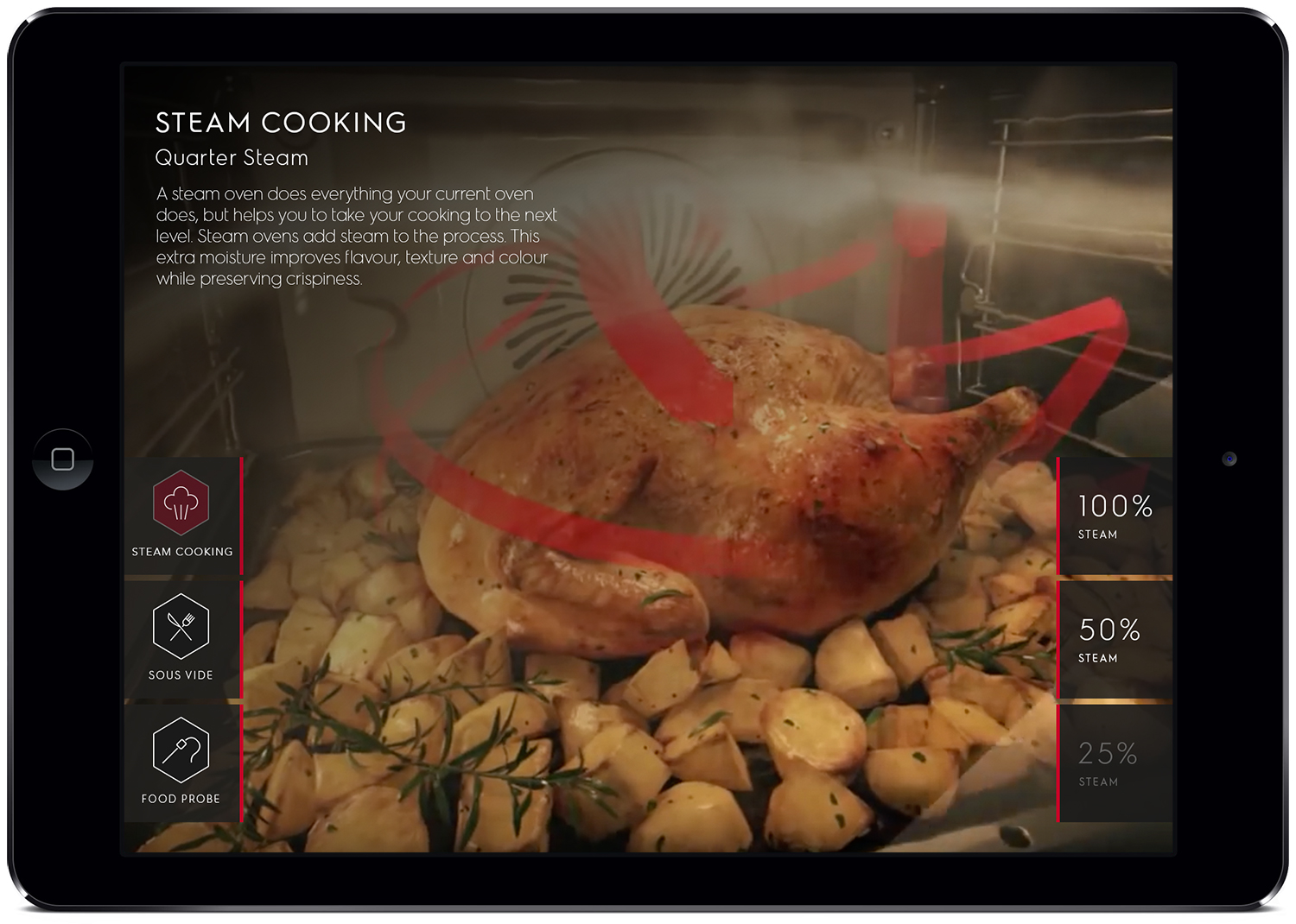 How could a potential customer experience the wide range of features a home appliance has to offer without a full demonstration? Such a conundrum is especially relevant within a store environment where appliances are often not connected to power, and shop assistants do not possess the necessary level of technical knowledge in order to showcase them.

In combination with a simple printed marker, Alice in Tokyo proposed a cross-platform augmented reality experience that would allow users to explore a product’s key features in photo-realistic detail. 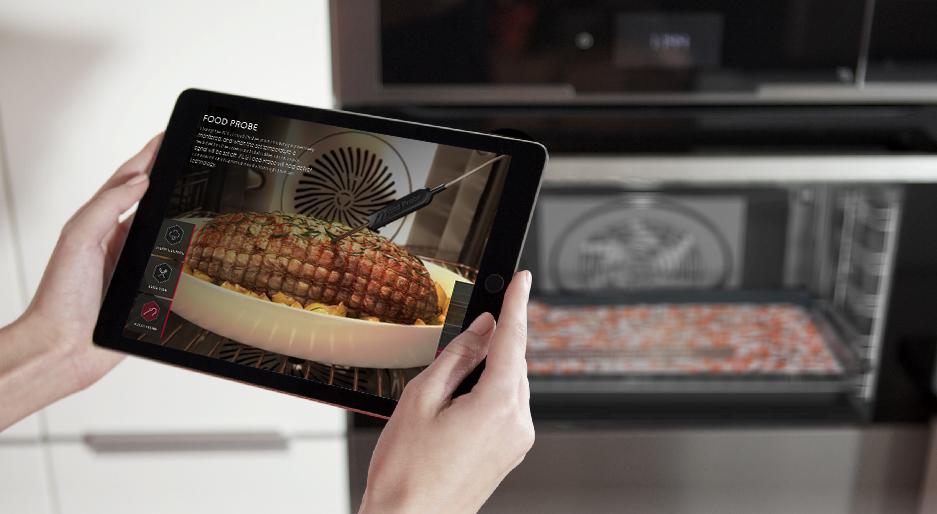 The Electrolux Group is a premium retailer in both the commercial and professional spheres and as such, it was important that any proposed concept meet the high standards demanded from such an industry leader. Although simplistic in its conception, providing the optimum augmented reality experience would mean overcoming not only environmental factors such as lighting but also variations in product design.

Augmented reality experiences pose unique UX challenges that distinguish them from the majority of modern smartphone applications. It was, therefore, important to carry out a number of user tests to establish the layout of key interactive elements. Alongside the design of the application, we also had to create a marker which would act as the interface between the physical world and the augmented reality content. Such a marker would need to not only need to provide a high level of detection, but also match the Electrolux brand.

Premiered at IFA 2014 the Electrolux Group was provided with a highly mobile and interactive experience that enabled potential customers to explore the exciting features of AEG appliances with minimal supervision.

The AEG and Electrolux Augmented Reality applications were completed on behalf and under the supervision of Alice in Tokyo.